Three drug dealers jailed for using a helicopter to transport Class A drugs to Britain.

On the 26th April, 37 year old Dean Francis from Lewisham was sentenced at Southwark Crown Court, he was charged with conspiracy to supply Class A drugs and pleaded guilty to the offence back in March. He had two other accomplices who in total have been sentenced to 25 years in jail.

The gang used a helicopter in order to smuggle £7 million worth of drugs into Britain, Federic established this helicopter route in June 2017, the Police believe he was transporting something around 50kg of cocaine on each trip.

The Metropolitan Police have revealed that the helicopter landed at helipads on two hotels in Kent, the drugs were then unloaded from the helicopters and distributed via car to dealers across the UK.

On the 6th September 2017, police stopped a Nissan Qashqai in Bromley, it was driven by Bolter and the police found a hidden compartment in the car’s boot which contained 20kg of cocaine. It was seized along with a highly encrypted phone. 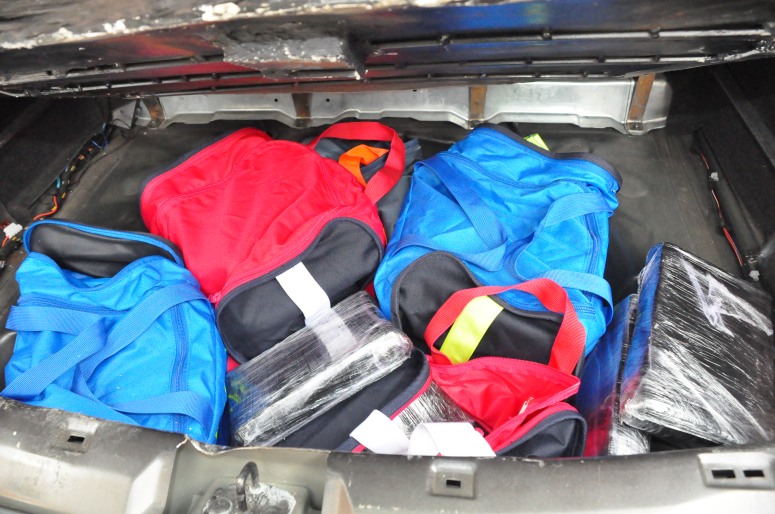 Fagnoul had planned his flight 10 minutes before flying from Calais to Lydd Airport in Kent, his cover story was that he was night fishing. On the 12th September 2017 the police saw Fagnoul unload bags from the helicopter into a hotel room.

Francis and Federic were arrested on 4th October 2017 after they were seen meeting in a hotel in Kent and then collecting drugs on the 5th. Francis was charged with conspiracy to supply and pleaded guilty in March. The National Crime Agency assisted the police in their investigation