Who was on board Windrush?

Posted on April 27, 2018 by Kayana-Deputy Editor Leave a comment

Empire Windrush anchored at Tilbury Docks, carrying hundreds of passengers from the Caribbean (there were also Polish soldiers, people from Britain and members of the RAF) in search of a new life, to Essex, on 21st June 1948.

Many came to the UK after hearing about the greater job opportunities, after the UK’s post-war labour shortage.

1,027 passengers, including two stowaways, were released a day after arriving in Essex.

Overall, (according to ship’s passenger lists) 802 of the passengers lived somewhere in the Caribbean, 539 of which were from Jamaica. 139 were from Bermuda and 119 from England. There were also people from Mexico, Scotland, Gibraltar, Burma and Wales. 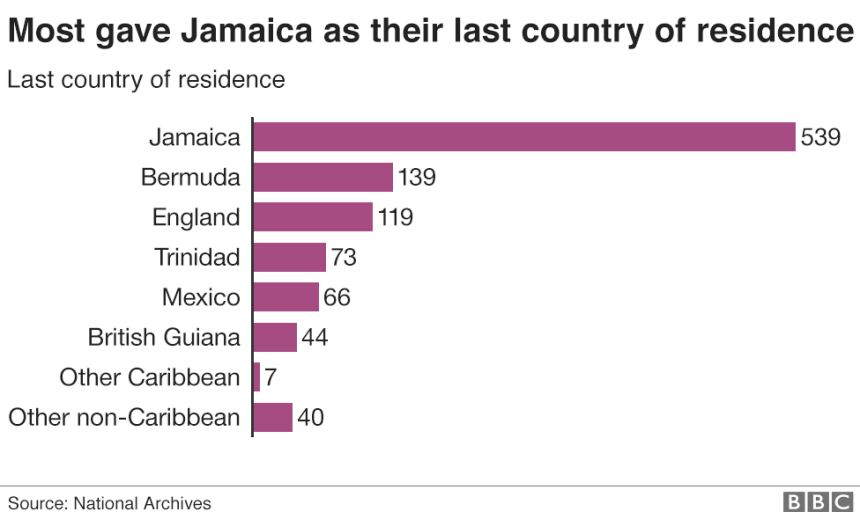 269 passengers, from the Caribbean, gave London as their planned destination. Surprisingly, 109 passengers gave no address and no indication that they even had made any plans.

Many of the passengers paid £28 for the trip (which would be £1,000 today) so that they could then respond to job adverts upon arriving in Britain.

The most popular destination for the passengers was London, those who did not have accommodation upon arriving to London stayed in a former air raid shelter at Clapham South underground station. But later moved into rented flats and houses in Brixton and Clapham areas.