Posted on May 8, 2018 by Nez Williams - Lambeth Editor Leave a comment

May 3rd 2018, local election saw the Green Party celebrate as they gained 5 seats, with a clean sweep of 3 seats in St Leonards, which included Jonathan Bartley and 1 seat in Gypsy Hill and 1 seat in Herne Hill. This now takes the pressure off the Conservative who kept 1 seat out of 3 in Clapham Common as the other 2 went to Labour.

Conservative Cllr Tim Briggs kept his seat in Clapham Common to be the only man standing for Conservative after the election results.

Interview with Cllr Brigg below.

The Green Party with 5 seats will now be the main opposition to the Labour Party’s 57 seats.  Cllr Bartley stated ”  It’s a privilege to be the only party leader in England elected to serve as a local Cllr”  “In the Green Party we believe in the power of local and leading by example”. 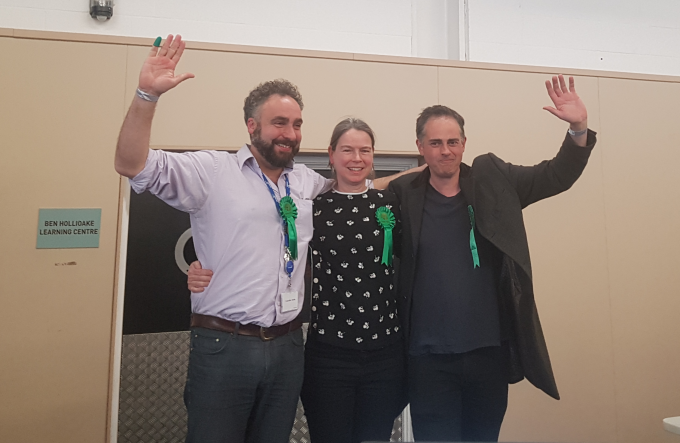 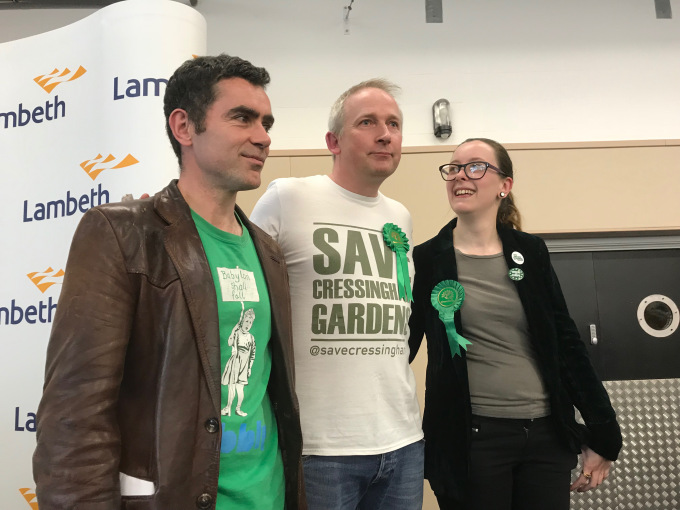 Peter Elliot (middle) after winning a seat in Gypsy Hill

Cllr Becca Thacknay  won a seat for the Green Party in Herne Hill by defeating Labour Jack Holborn  by 251 seats.

Overall the Green Party has 173 Cllrs around England, making them the third main party close on the heels of the Lib Dems.

This is the link below of the interview with the soon  outgoing Mayor of Lambeth, Labour Cllr Marcia Cameron on what she had to say at the election counts

Outgoing Mayor Of Lambeth Cllr Marcia Cameron who won her seat at the Local Election for Labour in Tulse Hill.