A body discovered at Port Edgar around 8:30 pm was confirmed to be him.

The singer whose actual name is Scott Hutchsion went missing from the early hours of  Wednesday morning, the police were informed of his disappearance and a search for him was conducted.

He was last seen after his at Dakota Hotel in South Queensferry. 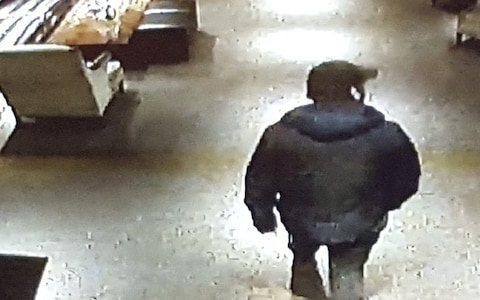 In a statement released by his family through Police Scotland they said; “As a family, we are utterly devastated with the tragic loss of our beloved Scott”. they also proceeded to say there had been concern of his mental health and stability.

Being known as a founding member and the primary songwriter of the indie rock band Frightened Rabbit with whom he recorded five studio albums.

His fans have been left in total shock after the announcement of his death, social media have been filled with tributes to him.

We are deeply saddened by the news of our labelmate Scott Hutchison, and our thoughts are with his family and friends at this time. In the UK, you can call the Samaritans on 116 123. In the US, the National Suicide Prevention Hotline is 1-800-273-8255. You are never alone.

The thoughts of everyone at Heart of Midlothian Football Club are with the friends and family of Scott Hutchison following today's desperately sad news.

The cause of death is yet to be confirmed but there is speculations that it might be suicide due to his struggles with his mental health.

Mr. Hutchsion had previously spoken openly about his battle with depression over the years with his older brother who said the singer went public about that as a way to help other people in similar conditions.

Depression itself is a serious illness that happens without any hint or warning, so if there is anyone you know that suffers from depression it is best to be of help in letting them seek help.
The last tweets from Mr. Hutchsion’s account did give an indication on what to come.

Be so good to everyone you love. It’s not a given. I’m so annoyed that it’s not. I didn’t live by that standard and it kills me. Please, hug your loved ones.

I’m away now. Thanks.

If it is confirmed that his cause of death is suicide, it will come after Wednesday hour long episode of Coronation Street which portrayed the shock and grief of Weatherfield residents after they found about out Aiden Connor suicide.

The new plot to the series was meant to give awareness to the increase of male of suicide in our society and educating them on how to seek help from the available charities that deals with suicide like Samaritans and Grassroots suicide prevention.

For now the death Mr. Hutchison continues to sadden us as we await his cause of death.