Waterloo station has got a new recruit, a hawk. One of  the busiest station in London has been fighting with pigeons and their mess, their reign has now come to an end.

After several complaints from the passengers, Jason Murphy, the manager of Waterloo station, took positive action and decided to bring a hawk to scare off the pigeons. The five years old Harris hawk, called Aria, will work twice per week  for two hours shift. Her duty will be to prevent a mess from pigeons by frightening them away from the station.

Aria’s handler Max Bell said that Aria likes her job and the environment, the hawk already has experience in patrolling station because she has work before at the  London King Cross station and at the Treasury.

This is a good new for the passengers  as the pigeon problem, will  hopefully be resolved. Commuter’s  will now be able to travel with peace and no longer have to worry about  pigeon pecking  their food or disturbing them around Waterloo station.

The huge mess  the pigeon were making was making cleaning very costly and making a vast amount of extra work.

Aria is being a good help to keep the station neat. Waterloo station is now a welcoming station. 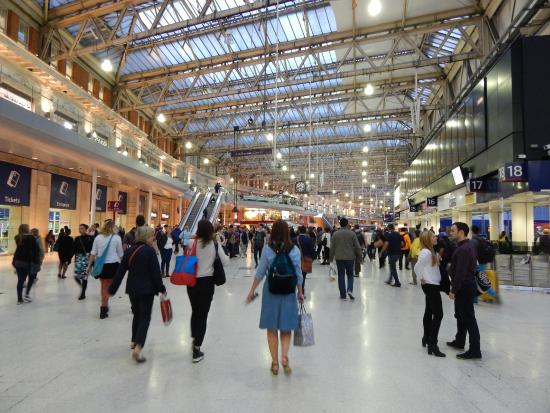