A group of  migrants in Mexico who were trying to reach the American border were stopped with tear gas as they tried to reach America.

The migrants who are mainly from Central America were fleeing from threat of  violence in their own home country.

Trump has vowed to investigate each migrant who are in the process of  entering America while the  court  decide their cases though that  could take a lot of time for each case to be verified.

The public also took to social media sharing their videos and images from the scene which showed migrants trying to cross the border; Police Officers with tear gas and weapons were also shown in the footage.

This crisis consists of migrants from central America countries such as; Honduras, El Salvador fleeing from threats of violent from their home country trying to reach America for a  better life . 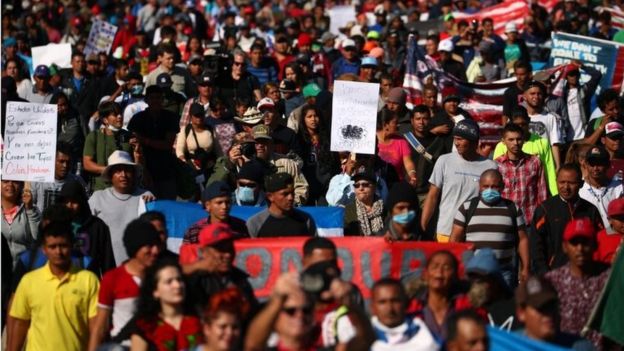 The migrants are awaiting to hear back from the courts who are checking their criminal records before they are allowed to seek refuge.

For now the wait is on for the courts to decide their individual cases.