Hyundai has revealed a new way to aid first responders to natural disasters. The Elevate is a car which has robotic legs to “allow users to drive, walk or even climb over the most treacherous terrain”.

The Elevate was designed to be able to reach areas that would normally be inaccessible after a natural disaster, whether it be rough terrain or snowed in roads.

Design manager David Byron said that the Elevate “has the ability to take people where no car has been before, and redefine our perception of vehicular freedom”. 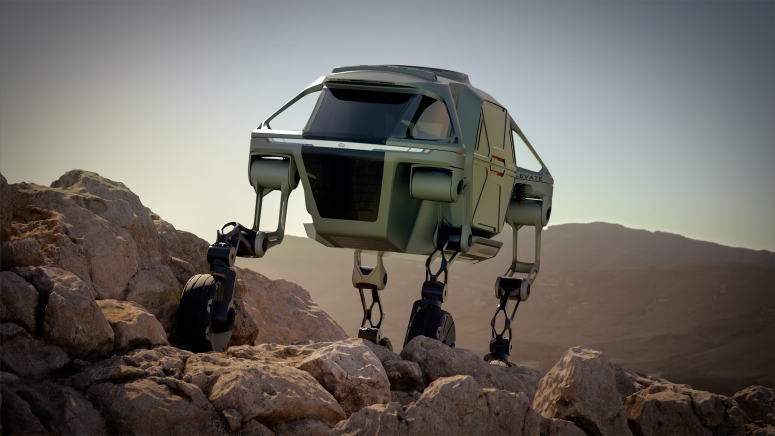 There are four robotic legs that extend from the body. These legs give the vehicle the option of driving, walking or climbing in any direction across different landscapes. Hyundai vice president John Suh spoke about how the Elevate can overcome issues that current emergency vehicles. “When a tsunami or earthquake hits, current rescue vehicles can only deliver first responders to the edge of the debris field. They have to go the rest of the way by foot. Elevate can drive to the scene and climb right over flood debris or crumbled concrete”.

This technology aims to revolutionise the way that search and rescue is carried out. There are also smaller scale applications for the Elevate. One of the images released by Hyundai depicts an Elevate with a taxi livery, and it is helping a wheelchair user climb get to the top of a flight of stairs. This demonstrates how such technology could make travelling easier for passengers in difficult environments, such as cities.

While the Elevate may not reach production, Prof David Bailey from Aston Business School believes that the technology may live on. “For most of us, it’s going to be wheels and roads but in extreme situations there may be scope for this sort of thing. There may well be applications in terms of emergency services”.