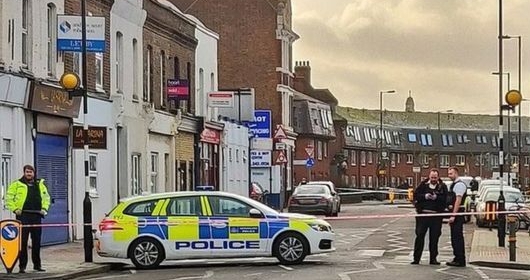 16 year-old teenager stabbed in the early hours of Monday morning.

The as-yet unnamed teen was taken to a local major trauma centre after being stabbed on Lewisham high street in the early hours of Monday morning. It has been confirmed that the next of kin has been informed.

We are at the scene of a stabbing in #Lewisham High St at 8.38am today. The victim, a boy in his mid-teens, has been taken to hospital. Next of kin informed. We await details of his condition. No arrest as yet. Witnesses pls call 101 ref 1431/jan14

The Metropolitan police were called to Lewisham High Street, around 8:38am after reports of a stabbing. The police stopped traffic and cordoned off the road, diverting 16 local bus routes and causing delays all the way back to Lee.

According to the British authorities, an influx of cocaine seems to be the main cause for all of this chaos in London. however, there are many other causes that all relate to long-term problems. For example, the rising rate of poverty could be forcing people towards addiction or a life of crime.

2019 has started just as violently as, two people were stabbed to death in London in the first six hours of 2019.

The Metropolitan Police has launched separate murder investigations after fatal knife attacks in Camberwell, South London, and Westminster in the early hours of New Year’s Day.

Also as of last week, a 14-year old boy was killed in a targeted knife attack in Leytonstone, East London after being knocked off his moped by a car. The occupants of the vehicle then proceeded to stab him before fleeing.

2019 has started in the same manner as the previous year, and we hope the Met Police and Commissioner Cressida Dick can keep the number of Knife Crime incidents below last year’s tally of 83.