Drive safe: or result in a collision

Posted on April 30, 2019 by Chanelle Bell Leave a comment

This morning an accident involving a few cars and a van took place in south-west London. The incident occurred just before 8.00 am in the busy area of south Westminster. Several vehicles were involved in the heavy collision, although no body suffered any fatal injuries. Road traffic investigators arrived on the scene and carried out there checks to determine what

END_OF_DOCUMENT_TOKEN_TO_BE_REPLACED

A  new report which has been published has suggested a lot of victims have been ignored. According to Police chiefs and the Local Government Association  “they are taking  anti-social behaviour seriously” they have also said “resources were under strain and they needed more funding to tackle the problem effectively”. Anti -social behaviour have been on the rise since 2010 many suggesting

END_OF_DOCUMENT_TOKEN_TO_BE_REPLACED

Tottenham vs. Ajax: road to glory? 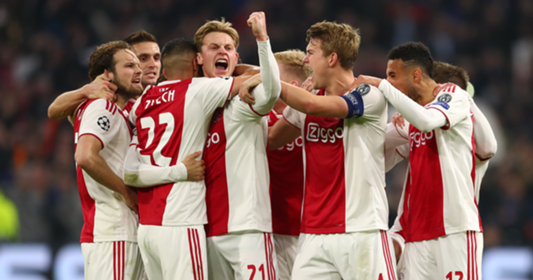 Tottenham Hotspur host Ajax in the UEFA Champions League semi final first-leg later tonight looking to progress to the final. The Dutch side lead Eredivisie at the moment whilst Spurs are 3rd in the Premier League. Tottenham will be without Harry Kane and Son Heung-min who are injured and suspended respectively. Son has been their best player recently and played

END_OF_DOCUMENT_TOKEN_TO_BE_REPLACED

Posted on April 30, 2019 by Joshua Solomon - Editor Leave a comment

Wildlife expect Chris Packham has  received death threats due to him challenging unlawful licensees BBC Springwatch presenter Chris Packham has received genuine death threats on his life with details of how they want to get him as one said they “will organise a car crash”. Some of those who oppose him have also sent parcels containing human faeces to his

END_OF_DOCUMENT_TOKEN_TO_BE_REPLACED

Posted on April 30, 2019 by Leeanne-Arts and Culture Correspondent Leave a comment

Experts at the Louvre have speculated that the charcoal drawing, known as the Mona Vana wasn’t drawn by Leonardo da vinci, despite its striking resemblance to the infamous Mona lisa. Experts had written the charcoal drawing as another artist who did similar work to Da Vinci, in the same time, due to the speculation that the drawing was done by

END_OF_DOCUMENT_TOKEN_TO_BE_REPLACED

Posted on April 30, 2019 by Shanae Coleman- Arts and Culture Correspondent Leave a comment

21 Year old Somali-American Model is set to make history with the new Sports Illustrated issue. The magazine who are mainly known for their Sultry issues has taken a turn for the better which is one for the books. Halima Aden who was the first Hijabi Muslim runway model has always used her voice to speak on issues within the

END_OF_DOCUMENT_TOKEN_TO_BE_REPLACED

Posted on April 30, 2019 by Shanae Coleman- Arts and Culture Correspondent Leave a comment

Male model Tales Soares dies on stage during Brazilian Fashion week. On Saturday 27th April the model Tales was walking the runway when he unexpectedly took a fall in the middle of the runway. Paramedics were rushed to the scene where the 26 year old model was soon taken to the hospital and later pronounced dead. The cause of death

END_OF_DOCUMENT_TOKEN_TO_BE_REPLACED

Social mobility in the UK: the government has been told to sort the issue

The government minsters could set out a new format to track social mobility after Social Mobility Commission has advised the government to address this issue that is affecting millions of people with poorer background. This report comes after Theresa May said when she became prime minster she will sort the issue which she has failed to make . Its been

END_OF_DOCUMENT_TOKEN_TO_BE_REPLACED

Two men have been arrested after two women’s bodies were found in a freezer at a flat in Canning Town East London. Officers investigating have said two men aged 50 and 34, have been detained following the discovery of the bodies. Detectives launched a murder enquiry after the gruesome discovery and are still trying to formally identify the deceased. The remains were found by

END_OF_DOCUMENT_TOKEN_TO_BE_REPLACED

Andy Ruiz Jr is set to be named as the late challenger to fight Anthony Joshua. The Briton defends his WBA(super), IBF, WBO and IBO heavyweight titles at Madison Square Garden in New York on June 1st. The Olympic gold medallist last defended his belts against Alexander Povetkin in September, taking his record to 22-0 with 21 knockouts and is