She plead guilty to lesser charges of causing hurt by potentially deadly means. The judge in the case has said that she should be released by May, however if she has been found guilty of the original charges she would have faced the death penalty

The assassination took place at Kuala Lumpur international airport in 2017 when Kim was attacked by two women one of whom is believed to be Don Thi Hung. The attackers used, the deadly, VX nerve agent in liquid form.

VX can cause death by asphyxiation or by absorption through skin.

Malaysian police said that Kim had alerted a receptionist saying that someone had grabbed him from behind and splashed a liquid on his face he was then taken to the hospital but died on route.

Doan Thi Huong was arrested the day after the attack and subsequently.  sentenced to three years and four months. She is not the only suspect in the attack, however she is the only one is custody at this time.

Oh Ei Sun, a senior fellow with the Singapore Institute of International Affairs, told CBC news that the decision not to charge the two women with murder likely marked the end of the case.

“This is pretty much the end as the real culprits are apparently hiding behind the veil of diplomatic immunity and state-sponsored sanctuary,” Oh said. 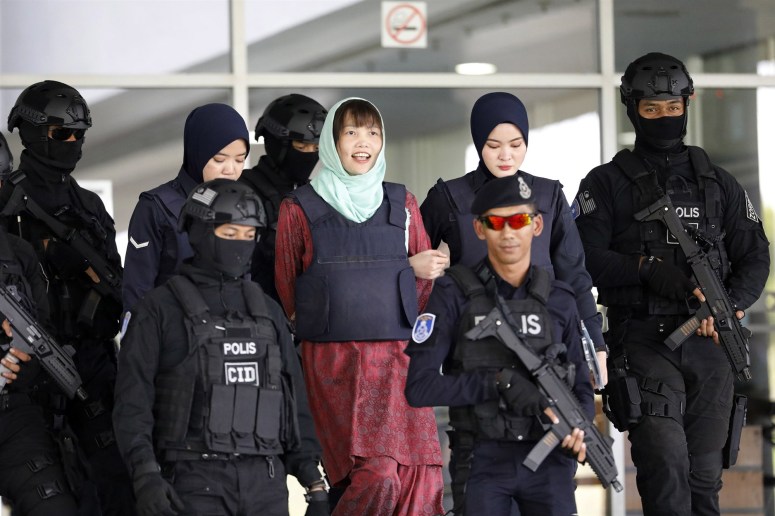