Miley Cyrus who’s best known for her role as Miley Stewart, and her alter ego  pop singer Hannah Montana, shared numerous snapshots as she revealed the new style, she was also singing along to her alter ego’s songs

“You know guys it was so hard going back and forth I just decided to be Hannah forever,” Cyrus said in a clip she posted to her Instagram Stories.

She seemed fairly comfortable and made many fans of the hit TV show  ecstatic and it seems she didn’t swap her roots for the original Hannah wig we all know and love she merely dyed her own hair and added some extensions for thickness
On the way back from the salon Miley decided to carpool home listening to one of Hannah’s biggest hits and also the theme song to the show, The Best Of Both Worlds

Many of the fans reactions to the information were ecstatic ranging from:

“y0 IS HANNAH MONTANA WILL BE BACK? BECAUSE MY HEART JUST SKIPPED A BEAT BITCH” 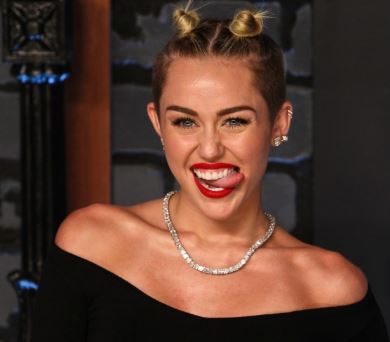 A lot of people pegged Miley as just being the goody Disney star but during the era of her forth studio album, Bangerz all that completely changed springing from her hair, her songs and her fashion sense

So could this sudden change of hair be meaning a seventh Album is on its way?