On Saturday 27th April the model Tales was walking the runway when he unexpectedly took a fall in the middle of the runway.

Paramedics were rushed to the scene where the 26 year old model was soon taken to the hospital and later pronounced dead.

The cause of death is still unknown and the Soares family are still awaiting more information. 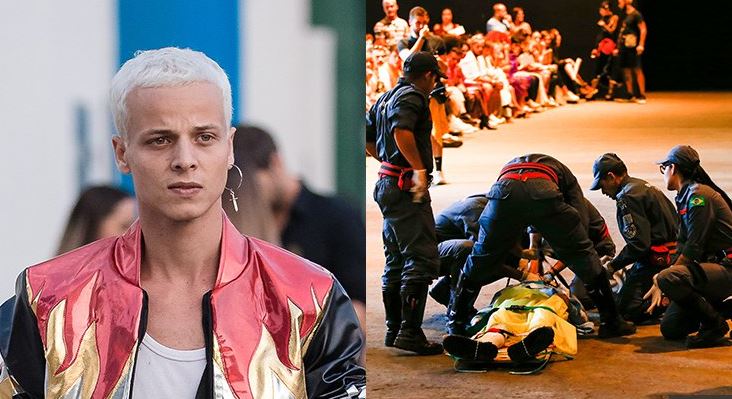 “SPFW has just received the news of the death of model Tales Soares, who suddenly became ill during the Ocksa show”

Daily Folha de S. Paulo reported that he tripped on his shoelace and fell. According to the paper, people in the crowd initially thought his fall was part of a performance.

His Agency have spoken out about it saying that he never showed any signs to have any heath problems as far as they knew he had a good day to day routine.

Right now it is unclear how this may have happened but as many know being a model comes with many complications along with fatigue and mental health issues that are detrimental to the well being of models.