As far as Brexit goes, how are the multiple election parties promising a stable post Brexit future?

With Labour being seen more popular with younger voters, the party maintains it will give the public the vote of whether or not they want to remain.

Within three months of coming to power, labour will create a sensible deal.

Within six months they will put that deal to a public vote alongside with the option to remain in the EU.

They plan to ‘rip up’ the deeply flawed deal negotiated by Boris Johnson, and introduce new legislation which is in line with Labour’s priorities and principles.

Jeremy Corbyn has been appraised for his public – spirited ideals, however skeptics are not so convinced with his power in leadership.

Rival constitution, The Conservative party has been adamant with their ‘Get Brexit Done’ attitude.

The current leader Boris Johnson, has asserted his beliefs in the leaving of the European Union.

They will start putting their deal through Parliament before Christmas and will leave the European Union in January.

They will keep the UK out of the single market, out of any form of customs union, and end the role of the European Court of Justice.

As well as this, they will negotiate trade deals next year and wont extend the implementation period beyond December 2020.

The Green Party, in par with Labour will also provide a people’s vote, deciding the future on Brexit.

They describe their constitution as ‘a pro European party and are unequivocally campaigning for Britain to remain in the EU.

The Liberal Democrats are approaching with a ‘Stop Brexit’ plan and using the ‘Remain’ bonus to invest in Public Services.

The Party campaigned to stay in the EU in 2016, and ‘unequivocally believe that the UK is stronger as part of the EU. 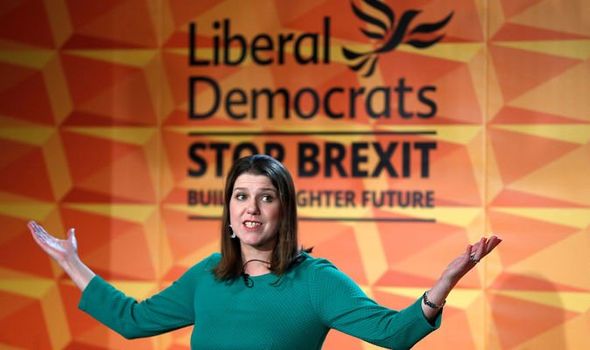 The Lib Dems, criticizes the conservative’s ‘Get it Done’ approach, stating “it will simply usher in more years of difficult negotiations over the UK’s trade deal with the EU.”

The Brexit Party, lead by Nigel Farage, has a priority to Leave the European Union and deliver the Brexit that 17.4m voted for in 2016.

They plan on pursuing what they call a “Clean-Break Brexit”. There will be no extended transition period, and no further entanglement with the EU’s political institution.

A Clean-Break Brexit is a chance to reduce the cost of living for working families, and control our own national security borders.