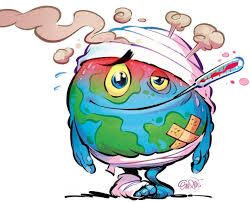 We constantly hear that we need to save planet earth, and that our home is under threat due to our destructive way of life; but we can only do so much. We need our government to be on the same page.

So what solutions do our political parties have for these issues?

Lib Dems-  The lib Dems have made big promises in terms of our environment and climate change. A major one is that they plan on reducing net greenhouse gas to zero by the 2045. Tackle the climate emergency by generating 80% of our electricity from renewable sources by 2030 and insulating all low-income homes by 2025.

If climate change doesn’t interest you, than maybe the promise of a lower energy bill will peak your interest. The Lib Dems plan on implementing an emergency ten-year programme in which they will reduce energy consumption from all buildings; therefore cutting emissions and energy bills and ending fuel poverty.

They will be investing over £6 billion a year on home insulation and zero-carbon heating by the fifth year of the Parliament. This will mostly be in the benefit of low income homes, which have suffered with the cold more than others, due to homes with poor insulation.

Greens- The green party have promised to have new green homes, green transport and have even gone as far as making promises of new green jobs. They say that it will get us on track to reduce the UK’s carbon emissions to net zero by 2030, also providing new opportunities for everyone; equaling in happier more secure lives. This will be a combined investment of more than £100 billion a year in their Green New Deal.

The greens plan on replacing fossil fuels with more reliable, renewable fuels. They also plan on implementing heating upgrades in a million homes a year.

Their goal is to plant 700 million trees and supporting the healthy and sustainable food system, which will ultimately be beneficial for all of us

The greens would also like to tackle our major poverty problem by creating a universal basic income, which will be paid to all UK residents in order to give everyone some financial security.

Labour– Labour has made promises to review and improve protected area designations, from National Parks to local nature reserves and urban green spaces, in their manifesto.

They have said that they want to have cut at least half of our global emissions by 2030, and reduce the UKs carbon emission to zero by 2030, in hopes of achieving a net-zero economy.

They will introduce a Climate and Environment Emergency Bill setting out in law robust, binding new standards for decarbonization, nature recovery, environmental quality and habitats and species protection. They will aim to maintain and continuously improve the existing EU standards of environmental regulation.

Conservatives- The conservatives have made promises of making Britain carbon free by 2050, to invest in clean energy solutions and green infrastructures, in order to reduce carbon emissions and have a pollution free environment.

Brexit Party– The Brexit Party have made no promises in relation to the environment or the green changes that we need to make.