Has Covid led us to constantly buy clothes we don’t really need for comfort and reassurance… or for plans after lockdown?

Recently, there has been a huge rise in people shopping online for clothes during the second pandemic and it seems like it’s for comfort…or reassurance…- or possibly be for plans after lockdown.

Since the beginning of the UK’s most difficult second lockdown it seems as though many teenagers, like myself, have been on an online shopping spree, as if we’re stocking up on Toilet tissue, you can’t blame us though…we just have a passion for fashion!!!

As a shopper, it seems as though both retail shops are showing us subtly what it is they’re selling to us via their seasonal clothes and what it has to offer which interests us as buyers, just like the ones I’ve mentioned. 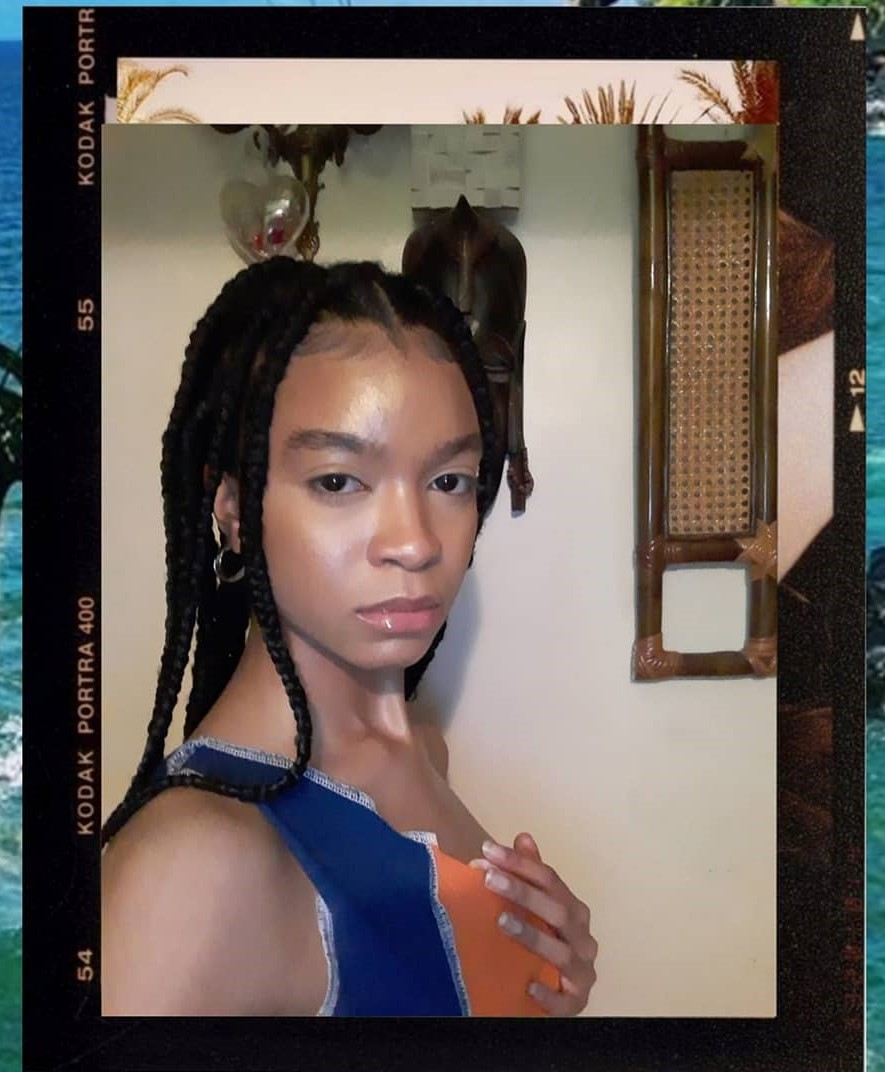 The Sassy but Nostalgic shopper

Hi my name is Reanna and i’m a 19 year old journalism student as well as aspiring musician and model from South London and ‘Lately, I’ve been stocking up on clothes from online shops such as: Prettylittlething, Aliexpress (without a doubt), Bershka, and Zara. I love doing online shopping on these websites at the moment, as well as many many more, as i feel as though they sale clothing which is abstract, experimental, and nostalgic all at the same time. Although, Here are the clothes and accessories I’ve bought so far from Aliexpress which i adore soo much from them’:

According to Marketbeat, its noted that the online retail fashion store Boohoo group plc (BOO.L) ‘Received a consensus rating of buy,’ and that ‘the company’s average rating score is 2.50, and is based on 9 buy ratings, 3 hold ratings, and 2 sell ratings.’

The Daily investment statistic website continued to say that their ‘consensus price targets of GBX 415.38, boohoo group plc (BOO.L) has forecasted upside of 13.3% from it’s current price of GBX 366.50,’ and ‘has been the subject of 5 research reports in the past 90 days, demonstrating strong analyst interest in stock.’

In addition to this in September 2020 (when shops were happily opened), Gov.UK blogs said that ‘The Covid-19 Pandemic has had a profound effect on the retail sectors with many stores forced to close at the height of lockdown,’ and ‘during that time consumers switched their spending to online.’

According to Rhys Dalgleish, during that time, they said that ‘Since many shops have now reopened, the shift back to in store purchasing has begun but a far higher proportion remains online than before the crisis.’

Last month, the clothing retail shop which everybody loves, Primark, had retweeted a tweet that a a customer of theirs had tweeted: ‘@Primark I saw there was an online shopping coming, what lies have i been fed,’ to which the retail clothing shop replied: ‘Hi Amiee, we can confirm that it is not in our plans to open an online store,’ despite them losing £1bn profit as a lot of shops haven’t been opened due to lockdown.

As of February 2021, UK shops and the UK as a whole have been in lockdown since December 21st 2020. Although, Boris had mentioned on February 14th (Valentines day) that lockdown restrictions will be lifted as shops will be open and is ‘insisting schools can reopen on March 8th’… and the Teachers’ Union say that they ‘Reject’ Boris’ plan on schools opening and say its nearly ‘impossible.’

Not long ago, even the UK’s 3rd funniest meme page on Instagram went from saying ‘I dunno who needs to hear this but stop buying clothes, you’re not going anywhere for now’ on January 20th 2021… to… ‘I tested positive for constantly buying clothes with nowhere to go to’ in February 8th 2021, and it seems as though they’ve changed their tune, but they’re not the only ones just yet.

Lets begin to take a look a little more deeper into the teenagers, who I’ve interviewed on the matter, and what it is they might have to say (and endure), when shopping on online stores during the UK’s most difficult Lockdown yet.

Nuria F. Merino is a 20 year old Bass Guitarist from South London has said that she has been ‘too broke to do online shopping so my only reassurance has been mobile games’ and that she ‘hasn’t ordered anything since the first lockdown, because I know that mail and delivery companies are flooded with and I don’t want to put more work onto them.’

Ms. Merino continued as she later then mentioned that she ‘bought something online for Christmas for her friend but i felt a little bad tbh (to be honest)…poor mail workers. What makes it worse is that i think they’re still payed the same.’

The Sheek but Street Shopper

Azariyah Mohammed, is an 18 year old singer as well as a college music student from South London with dreams of going to university said that she has done ‘a lot of online shopping recently ngl (not going to lie), Covid has defiantly led me to go on an online shopping spree. Most days I find myself browsing through sites like PrettyLittleThing, Shien , or JustFab.’

Ms. Mohammed also added the fact that she’d ‘Recently bought a bunch of shoes and trousers from multiple different places just to give me something to look forward to, but i do purchase these items in hopes of wearing them all after lockdown is over and done with.’ 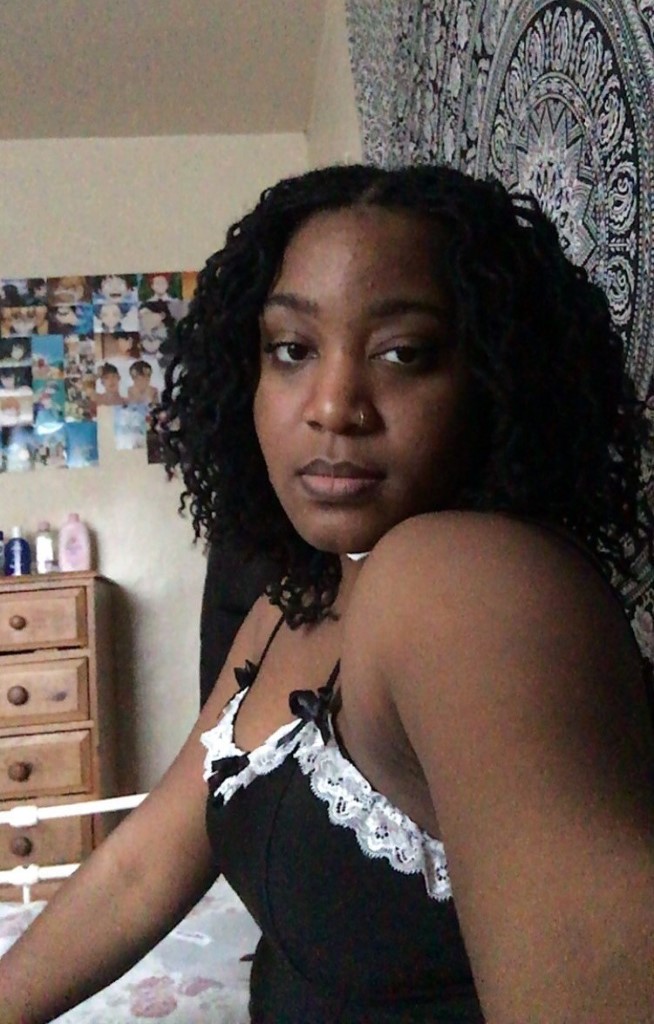 Rukiya Ellis is an Anime lover as well as University student from South London who’s training to becoming a nurse has a huge love for fashion and has also been buying clothes during the second lockdown, as she says that she ‘low-key feels like it has, it’s like because of this lockdown there’s nothing else to do.’

Ms Ellis also mentioned how she feels as though ‘As a busy University student, it gives me something to look forward to after lockdown whether its me meeting friends, travelling, and family get togethers and many more, but most importantly if i have to go into university if lockdown restrictions were to be lifted in the coming months.’

Rhianna Collins Marsh is an 18 year old Dancer, Model, as well as college student, from West London who’s appeared in a lot of UK artists music videos such as, Geko, Ms Banks, Falz, Reekando, Wstrn, and had appeared in the American rap artist Young Ma and Red Cafe‘s Music video ‘Tunn up’ which featured UK artist and Kojo Funds and Loick Essian‘s ‘Whatever You Like’ featuring Afrobeat artist Mr. Eazi, Aida Lae, and Wretch 32; and many more.

She said: ‘I think Covid has led us to buy clothes we are hoping we could wear after lockdown. As an online shopper myself, i’ve had the urge to buy clothes that i could get to meet my friends or for the summer when the lockdown is hopefully over. I feel like it’s also made us not take into reason our budget of spending because we feel as though there is no end to the lockdown.’

Ms Collins Marsh later said that she does ‘agree that the situation with the lockdown restrictions have taken a toll on our spending habits and the reassurance that covid will be over.’